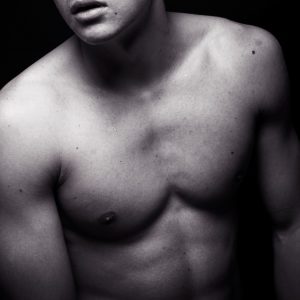 When Andrew McCarthy came over all cute
in “Pretty in Pink”, a stirring took root,
When Christian Slater took off his shirt
in “Pump up the Volume”, my oestrogen hurt,
When young Patrick Swayze did shimmies and thrusts
all through “Dirty Dancing”, all virtue went bust…
Real boys were rubbish, so time and again
I spent happy times with my VHS men. 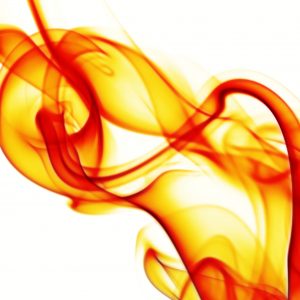 It is said that smell is the very best sense for evoking memories. But can words evoke the smell?

I picked a very favourite smell from my childhood – the smell of custard bubbling in the pan – to try to find out. For me, custard is intertwined with happiness, family, and that wonderful “happy belly feeling”. Maybe it might take you back to Sunday puddings too.

The Smell of the Weekend

A tale from my childhood

Weekends. A lie in. Some morning TV,
A trip to the library, a dash to the shop,
Some football to watch or some good friends to see,
And a hot, milky pan that would bubble and pop,
Cos weekends meant pudding – with custard on top.

The anticipation was always a killer!
I’d trawl through my homework, my nose ever twitching,
Awaiting the blanket-soft scent of vanilla,
Velvet-cream thoughts so distracting, bewitching.
And then – yes! – a sweet, silky smell from the kitchen.

So I’d chomp through my meat and potatoes and veg,
(Or whatever our prelude to pudding that day),
The waft from the stove setting senses on edge,
Til finally! Pudding! And all was OK…
I’d open my mouth and slide sweetly away. 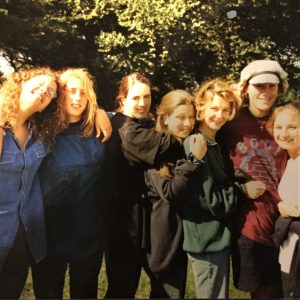 lthough my teenage years were the inevitable emotional rollercoaster (cheers for that, hormones), I was hardly the rebellious type. Through the rage and the tears (yep, again, nice one, hormones), I was generally content, and I put that down to three things: a supportive family, amazing friends (seen left, modelling some exemplary 90s fashion choices), and the awesome era in which we were living. I turned 13 just two weeks before the end of 1989 and so very nearly all of my teen years were spent in the 1990s, and my heart, and quite a lot of my music collection, still lie there today. The latter part of the decade was spent as a student, but this rhyme is really a tribute to the first five years, growing up in rural Somerset. It might not reflect your 1990s teenhood – but it very much reflects mine.

I was a teen in a golden era,
You know when I mean – it couldn’t be clearer,
The best years of all, and I don’t say it lightly,

Firstly, my friends, just think of the fashion,
I think you’ll agree that we all looked smashing,
In red or green jeans, all wide at the knees,
Pendulous jumpers and cavernous tees,
Bright swirly leggings and big paisley shirts,
Huge tie dye t-shirts and ankle-length skirts,
Blanket-look jumpers all fringed at the hem,

And completing the look, what else but DMs?

Now modern-day music is pleasant enough,
But it doesn’t compare to the Wonderstuff,
James, The Stone Roses, The Charlatans, Suede,
We’d yell out the words as the Levellers played,
We were spoilt for choice when we fancied a dance,
There was Black Box and Shaggy and Snap and N-Trance,
And who could forget – the Rebel MC,

Watching Blind Date and The Word on the box,
The birth of the email and bad alcopops,
Quoting the sketches from History Today,
Big games of rounders that 30 could play,
Pretty Woman on loop – I just wanted to BE her,
Shopping in Woolworths, Our Price and Athena,
And stuck on my wall, affixed with Blu-Tack,

So today’s sorry teens must surely confess
That ours was the time that was simply the best,
Cos you’ve got your smartphones to point at your face,
But we had landlines and – oh yes – Ace of Base.