What do I love about my country? The scenery. The history. The humour. What don’t I love? The hijacking of patriotism. The urge to close doors to the world. The misplaced superiority. And horseradish sauce.

Home is not an iron fence
or a nation’s bullish confidence.
Home is not the salt we sweat
in conflict, nor the traveller met
with distrust and intransigence.

Home is not immune to time
or compromise; no sacred line
partitions it from otherness.
And home is not the hate we dress
as pride, plastic and anodyne.

Home is not a prize we’re due,
a baked philosophy to skew
to every cause we scurry round.
Home is merely borrowed ground –
whichever flag we pin it to.

Photo by Andrik Langfield on Unsplash 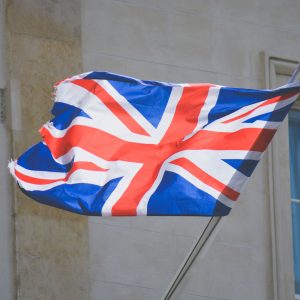 Unfortunately, I thought it was time for a Brexit poem. But as the whole thing is a complete farce, I thought I’d make my poem a bit of a farce too (I mean, it could happen, but…)

Somewhere in Brussels, March 2019,
Poor Theresa’d not slept since about Halloween,
But at last it was ready! The dream Brexit treaty,
Which pleased every spluttering zealot so sweetly!

So ready to sign it, she tried not to squeal…
Until Boris burst in and cried “NO BLOODY DEAL!”
Theresa yelled “shut it, you haystack-haired chancer!”
But Europe said “sorry, we’ll take your first answer!”

Then Macron and Barnier, Merkel and Juncker,
Cried “See ya, Theresa, we’re off to the bunker!”
Theresa gave chase; Boris stuck out a toe,
The Jimmy Choos buckled, and down she did go!

Theresa was screaming “JUST LET ME IN NOW!”
But she could have sworn Barnier cried out “KA-POW!”
Then she felt a great shake like the boom of a bomb –
And her satellite glasses showed… Britain was gone!

Well, after some hours of wailing and gnashing,
They found little Britain complaining and splashing
and shivering up by the cold Arctic Circle…
“Best wrap up vorm!” tittered Angela Merkel.

We last saw Theresa all sun-kissed and blustery,
Hiking the warm Euro hillsides of Tuscany,
Boris was found (well was dug up in parts),
With a hot Belgian waffle stuck right up his arse…

As for Britain – it’s time in the cold had begun,
The crops slowly died in the thin arctic sun,
Til a hobbit named Corbyn cried “Right! Who needs feeding?!”
And was hailed as a God with his frost-hardy seedlings.

And somewhere in Dudley, a “leaver” called Norris,
Polished his gold-plated statue of Boris,
And petting his bulldog (with hands somewhat frozen),
He gave a wry smile, and said, “that bloody showed ‘em.”

Photo by Chris Lawton on Unsplash