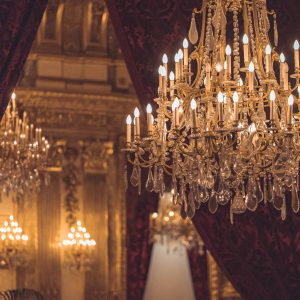 I wish Harry and Meghan well. No-one deserves to be mauled and vilified the way Meghan has been – by the press at least.

But in our very British way, we all seem to be obsessed by where they are going to get their money from. Er… I don’t think Harry has any worries in that department.

People say “Harry, how WILL you two cope
having nothing – apart from each other?”
I say, “Look, don’t you worry – I’m hardly broke,
I am minted! All thanks to my mother.”

Most will remember her caught in the net
of her fame, undeservedly goaded –
which was tragic. But what all you people forget
is that Mummy was totally loaded.

A people’s Princess! Yes she was! There’s no doubt!
She grew up having people all round her!
There were people to cook and to chauffeur her out
to the polo – where Daddy first found her.

She listened with love to the poor and sick,
she spoke out against conflict and hate,
and she kept twenty million under a brick
round the back of the Althorp Estate.

So I don’t need the palace to give me the nod
and the prejudiced press can jog on,
I have served, I have smiled, now I’m taking my wad…
and me and the missus are gone.

Photo by William Krause on Unsplash